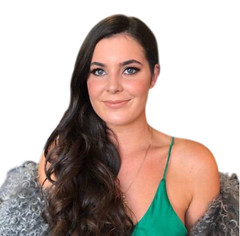 Sinead is 21, and was born in New Zealand. She has qualifications in the IT industry, in which she currently works, but has an interest in joining the Police Force.

She played hockey at school and is interested in the guitar and dance (salsa National Bronze Group Winner). Sinead loves rain, writing, travel, indoor plants, makeup, socialising, dogs, food, and baking. Her father encouraged an interest in gardening when she was growing up.

Her maternal grandparents are from Sixmilecross, County Tyrone. On her father's side of the family, her grandmother was from County Cork.

Sinead's mother entered the Rose of Tralee in 1983.

Johanna is a 27 year old Educational and Developmental Psychologist working in the Ministry of Education. As part of her role Johanna works with severe behaviour; supporting children, whānau, schools, and community agencies.

Johanna enjoys making the most of the outdoors and spends time mountain biking, running (she has run 3 half-marathons), and scuba diving. Reading. Gardening.

She enjoys keeping house, baking, and fashioning up new recipes for dinner.

Having lived and travelled in both the North and South Island, Johanna has a true appreciation of NZ culture, and the beautiful country we live in.

She would love to visit Ireland, explore the similarities and differences between the two countries, and connect with her heritage. Johanna has family links to Ireland on both her paternal and maternal side, with great great grandparents from County Kerry, County Tipperary, County Clare, Country Antrim, and County Cork. 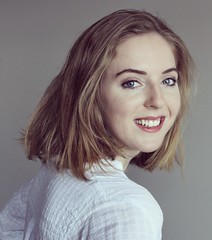 Ailise is a 22 year old university student who is a marketing tutor at Victoria University of Wellington.

Ailise was born in the Isle of Wight and her maternal family are from Cork. Ailise spent a lot of her childhood holidays visiting her grandparents and family, and has watched many a Rose of Tralee on television.

Since moving to New Zealand she has excelled academically, with several scholarships while attending school in Whangaparaoa prior to moving to Wellington. Her talents extend to music, theatre and drama and she has ambitions of being an on screen actress in film and TV.

Ailise gets involved in community activities and launched a non-profit charity to support kiwi youth with mental illnesses called “the U Jar” which has been featured on NewsHub. 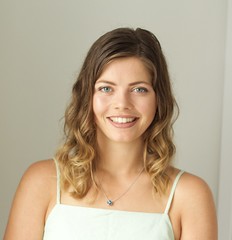 Claudia is a 25-year old sports physiotherapist working for Southern Rehab in the musculoskeletal team. She graduated from Otago University in 2015 and has since moved to Christchurch to begin her career.

Claudia is passionate about New Zealand, the people, the beautiful landscapes, and the relaxed atmosphere we have to offer. She has lived in both the North and South Islands and has explored many of our scenic locations.

Claudia is passionate about advocating a healthy lifestyle to those around her, creating a positive impact on health and wellbeing. She loves all things active, the outdoors, spending time with family and friends, music and good food.

When she’s not volunteering her time alongside the sport field, you will find her either running, practicing yoga or working up a sweat in the gym. Claudia is always seeking to challenge herself personally and professionally; striving to be the best version of herself that she can be. She has future plans to continue her study and to travel overseas, especially to Ireland.

Claudia is very proud of her Irish heritage which comes from her maternal grandfather Daniel FitzGerald. The FitzGerald’s come from Tipperary, Cork and Roscommon. 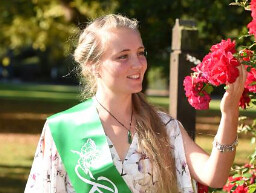 The eldest girl in a family of 9, she was born in England, but raised in Northland, before moving to Otago. Her mother is from Derry, in Northern Ireland, and her father from England.

She says that her job involves caring for some of the smallest people in Dunedin, which can be challenging at times but working with and supporting their families is one of the most rewarding jobs she has ever had.

In her spare time she volunteers for St John as an ambulance officer. She also volunteers as a nurse for Servants Health Centre, a charitable trust providing free healthcare to some of Dunedin's most needy.

Rose-Antoinette enjoys hiking and getting into the outdoors. She has completed the Camino de Santiago on foot, tenting most of the 1,373km! She also enjoys knitting, spinning, and occasionally designing and making her own clothes.

She also lays claim to a love for storytelling and playing the harp. 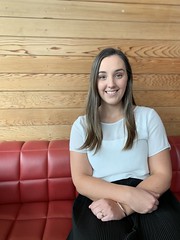 Caitlin is a 24-year-old Accountant, originally from Gore, who "loves living in Southland".

She qualified for the 2010 World Championships in Irish Dancing, and still enjoys helping out the Invercargill Irish Dancers when possible.

She is Secretary of the Invercargill Young Professionals, enjoys cooking, baking, and being active - playing social netball, social rowing, and running.

She is passionate about where she comes from, but is also open to new cultures.